8 Things NEVER to Say to an Angry Person 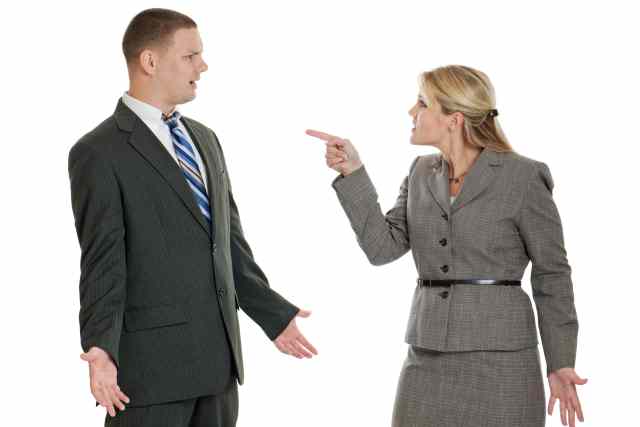 Conflict is inevitable! In fact, sometimes it’s absolutely necessary. However, much conflict is generated unnecessarily by deeply ingrained toxic communication habits. There are certain phrases that are simply poisonous to the communication process, yet I hear them over and over again, even from communication “professionals.”

Since law enforcement professionals must deal with angry people on a regular basis, many of them are trained in tactical communication techniques which are designed to keep tense or hostile encounters from escalating. While this short article cannot cover everything how to engage a hostile person, I can pass on to you some things NEVER to say to someone who is already angry. (Unless you just enjoy the thrill of tempting people to poke you in the eye!)

Any kind of demand
“Calm Down”  “Be Reasonable”  “Stop Yelling”  “Back Off”
This just never works, and for several reasons. First, it implies that the person has no real reason to be upset. Second, it is a criticism of their behavior. It is a command, and in their state of hostility it is likely to make them even more angry. In addition to the original issue, now they have to defend their reaction to you. Think back…how often has the actually worked for you?  It’s impossible to demand rationality from an angry person. Don’t try.

Better to simply say something like, “I can see you are upset. Tell me what the problem is.”

Any kind of challenge or contradiction
“You’re wrong about that.”  “That’s not what happened.”
This is a sure way to escalate the encounter.  The other person will respond by defending their position, and now you have a second front to fight on.  There will be a time to correct the record, but it is NOT at the beginning of an angry confrontation.  Don’t do it.

Any kind of cute euphemism for their anger
“Don’t get your shorts in a bundle.”
This is simply snotty and demeaning.  It communicates that you are not taking their problem seriously.  When is the last time someone said this to you? Probably when you were a child, and it was said to you by an older child or adolescent. This will not help expedite a solution to the issue…ever!

Anything to suggest their anger is inappropriate
“What’s wrong with you?”  “What’s your problem?”
This implies that they have no valid reason to be angry.  Again, this will inject a second layer of defensiveness into the encounter.  Now they will feel a need to defend themselves against your suggestion that the problem as originated in them.  (And, it may have. But the beginning of an angry confrontation is not the place to introduce the idea!)

Anything that expresses your lack of empathy for them
“What do you want me to do about it?”
Nothing says, “I don’t care about you or your problem,” better than this phrase. It also implies that the other person is being unreasonable or stupid simply for expecting you to help.
Even if you have no idea how to help (and even if you really don’t care) the best response for everyone involved is for you to show hands open, palms up, and say, “I really wish I could help, but I’m at a complete loss for what to do in this situation. I’m just as frustrated as you.” This does two things. First, it indicates that you would help if you could. Second, by using the word “frustrated” instead of “angry” you re-frame their emotional state for them, and it often works subtly to bring their agitation down a notch or two.

Anything that de-personalizes them or their problem
“Those are the rules.”
It doesn’t matter whether you are delivering or receiving a negative message, this escalates.  It is the opposite of empathy, and communicates that you really don’t care about their problem…or them.

Any attempt to shut down the confrontation that they started
“This doesn’t concern you.”
Obviously, since they have initiated the confrontation, they feel it DOES concern them, and the suggestion that it doesn’t will only create in their mind the need to be more forceful.

Anything that diminishes or “poo-poos” their issue
“You’re overreacting.”
This is another things that adds to the issues that are the center of the angry response.  Now there’s TWO things to argue about:  The original issue, and this new one about whether it’s important or not!

Some conflicts are deep and profound, but eliminating these phrases from your vocabulary can go a long way toward preventing escalation of problems when they first present themselves.