8 Things that Turn Confrontation into Combat

Confrontation is a necessary part of every person’s life, usually on a daily basis. It might be about a critically important issue, or it might just be something that irritates you enough to say something. Whether or not a confrontation escalates into an argument or creates permanent tension often depends on the first words out of your mouth. 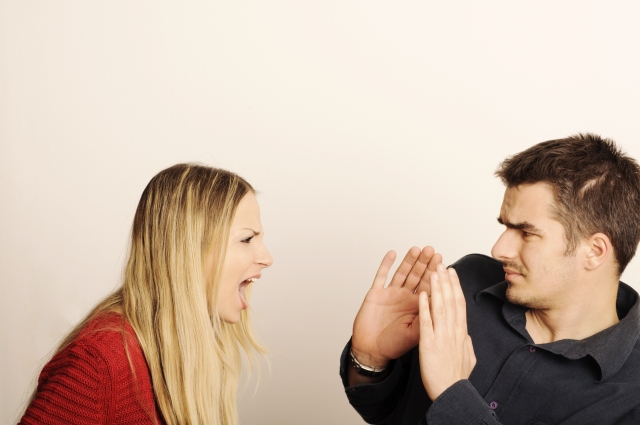 Skilled “confronters” have mastered the art of identifying the problem without interjecting some side issue that can be argued about before the problem can be discussed. These side issues are usually some irrelevant evaluation of some sort. When you open a confrontation with one of these evaluations, you might as well be saying, “Let’s argue about something before we solve this problem. Here’s what I suggest…” Below are 8 flawed openers that turn confrontation into combat.

Diagnosis or Lecture
This is often accompanied by the phrase, “You need,” or “You should/shouldn’t.” A co-worker has a history of terseness with customers, and she doesn’t seem to notice that people are clearly irritated with her.  You say, “You need to work on your people skills.” The diversion here: her skills. The real issue is her behaviors toward customers. The problem: Skill levels are arguable. The behaviors are observable.

Absolutes
You’re frustrated that your supervisor criticizes your work, but doesn’t seem to notice a job well done. You say, “Why do you never give me credit for the things I do well?” The problem: You just made a statement that is likely false and the other person will immediately counter your false statement with exceptions to the rule you just made. Is that really what you want to discuss?

Overgeneralizations
Your cousin is making your friends uncomfortable with his strong political views. You say, “You people are just so vocal about your views.” Problem: Placing people in a category (you people) is depersonalizing, and will inspire defensiveness.

Subjective Comparisons
You are a little embarrassed that the chairs in your co-workers office are occupied by stacks of files. You say, “Your office is pretty messy.” Problem: “Messy? Compared to what?” Like, maybe, your office?” There’s no objective standard for “messy,” so you will end up arguing about the standard for “messy” instead of the real issue.

Labels
You feel irritated with a friend of yours who obviously takes smug delight in answering people’s tech questions without being asked. You say, “You realize that being such a know-it-all is not going to win you a lot of friends…right?” Problem: As with Overgeneralizations, Labels are depersonalizing, and will inspire instant defensiveness.

Exaggerations
Your son spills oil on the garage floor when he worked on his car. You say, “I’ve told you a hundred times to put plastic down when you do that.” Problem: You’ve told him maybe twice, not a hundred times. Guess what you now have to argue about before you can resolve the real problem? That’s right…the number of times you told him to put plastic down. (And it’s not a hundred.)

Accusatory or Demeaning Questions
A new coworker fills out his time sheet incorrectly more than once. You say, “How many times have I showed you how to do this? Are you ever gonna get this right?” Problem: You’ve made the issue about his competence, not his performance. Way to win friends and influence people!

Unwarranted Assumptions
Your husband started doing your annual income taxes, but they have been sitting there on the desk untouched for 3 days. You say, “Why are you procrastinating about doing the taxes.” Problem: There are lots of possible reasons for the delay.  Never force someone to defend themselves when you could invite them to explain themselves.

The over-arching principle is pretty clear. If a discussion is your goal, don’t start out with something arguable.