How to Be Brilliant in Conversation (and Barely Say a Word) 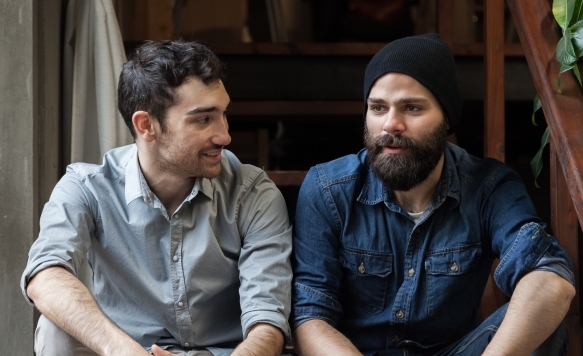 Playing with the Professor’s Head

In 1970, researchers Allen Ivey and John Hinkle performed a psychology experiment that demonstrated the power of non-verbal communication to generate connection between people. They invited a visiting lecturer to address the class on a fairly boring topic. Student behavior was typical…some napped, others doodled, read books, passed notes, etc. And the lecturer responded in kind, lecturing in a monotone with no gestures and his eyes mostly glued to his notes. Then, at a pre-arranged signal, a handful of students who were in on the experiment began display what are called “Attending Behaviors.” They made eye contact, smiled, leaned forward in their seats, and nodded agreement at things the lecturer said. Within one minute the lecturer made his first gesture. His verbal rate increased. Eye contact became more intense, and he began to improvise from his notes. The class turned into a lively session. Even the students who were not in on the experiment were drawn into the energy, and began to pay attention.

A Simple Way to Use This
All truly brilliant communicators start out by being gifted listeners. And good listeners can be recognized by their mastery of 3 simple skills. Attending Skills, Following Skills and Reflecting Skills.

Following Skills
Opening the Door: “You look happy, sad, tired, etc.”
Brief Prompts: Sprinkled through the conversation. “Really?” “I see.” “No Kidding?”
“Go on.” “Right.” Choose your favorites.
Short Open Questions: Closed question: “Do you want me to talk to him for you?”
Open question: “What do you think is the best solution?”
Attentive Silence: (as appropriate)

A Profound Paradox
Being regarded as a brilliant conversationalist begins with being a gifted listener. People who master these skills are some of the most sought-after people in the world.