Making Your Ruts Work for YOU 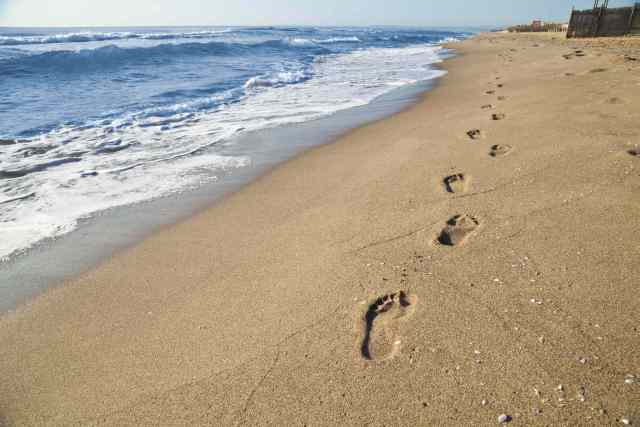 Such is the way with you and me.  Our patterns of thoughts and consistent choices build up sandbars in the lake of our character until future thoughts and choices are channeled by them. Previous patterns of dishonesty — the rationalizations used to protect your ego or self-concept — play a big role in channeling your actions and attitudes today.

We can defy those channels. It is possible to move those sandbars. Moving the sand around in the lake of your character is the hardest work you will ever do, but the result is character change, courage, and the power to be who you want to be.

Some of my fondest childhood memories include sledding down the snow-covered hills of northern Iowa. My equipment of choice was always the old-fashioned steel-runner sled. These sleds can be steered by warping the runners left or right with the front yoke, so it was always up to me to make the first run down a freshly snowed hill to create the path for the other sledders. Unlike the pilots of the round metal or molded-plastic disks or wooden toboggans, I could carve a path in the snow between obstacles. The vehicles that followed me tended to stay in the path I had created.

The first run was the slowest of the day as forging a path in new snow robbed the sled of momentum. However, each subsequent run down the path was faster than the previous. The snow beneath us packed harder and the rut became deeper. Yes it was a rut, but it was a very fast rut and it avoided the trees!

Our brain is like a freshly snowed hill. The more it does something, the faster and better it does it. This is true whether it is a positive, helpful pattern or a negative one. Our brains establish quick, slick ruts to arrive at the destination we steer them to.

The good news is that — just like on a sledding hill — new brain paths can be established. However, it will take a lot of work. It requires a proactive and conscious effort to break out of old ruts of thinking, feeling, and living, but it can be done.

An acquaintance of mine, Andy Core, has written an excellent book called, “Change Your Day, Not Your Life.”  He writes, “Resist the urge to change your whole life.  Pick one change you desire for the day.  Make it a realistic goal.  And then pursue it and tackle it until you hold it down.”