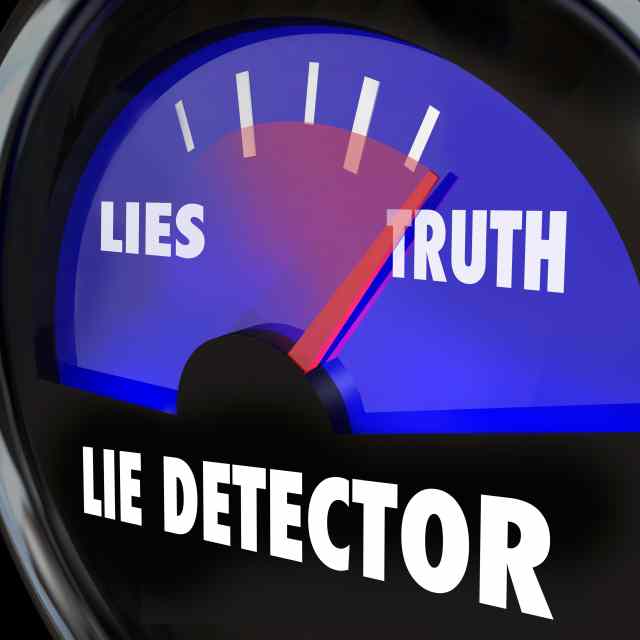 Nobody likes to be lied to. Too bad there’s not a phone app that flashes green or red on the screen when someone is hiding something from us. However, there are behaviors that you can watch for that can tilt the odds in your favor when trying to discern if the person you’re talking to is being honest or dishonest.

In my previous post I outlined 5 specific things to watch for which increase the likelihood that a person is being dishonest with you. Remember, there is no single, reliable indicator that someone is lying. All body language must be interpreted in groups of behaviors, and those behaviors must be congruent before they are meaningful. The more of these indicators that you observe, the more wary you should be.

Details, Details
Dishonest people will add unnecessary details to the conversation, be defensive, or they may be less cooperative and withhold details. This is where your knowledge of them aids in your interpretation.

Defensive Posture
Dishonest people are less likely to face you directly with their posture. They are more likely to be slightly turned away to the left or right.

“I Never Said That”
Watch for implied answers to questions, as opposed to direct answers. Dishonest people are more likely to imply things than state them directly, and hope you will give them the benefit of the doubt.

“Lie To Me”
The popular television show “Lie To Me” was based on the real-life work of a psychologist named Paul Ekman. In the 1960s Ekman began recording and cataloguing “micro-expressions” associated with human deception and lying.

Lying always involves an attempt to hide or mask expressions of emotion in our facial expressions. Those expressions are involuntary, like a reflex, and will be reflected in our face, if even for a small fraction of a second. On the other hand, “macro-expressions” are the consistent position of our facial muscles, of which we are in control. In telling a lie, we attempt to match our body language as well as our facial expressions to what we are saying. However, during a lie, most peoples’ faces will flash contradictory indicators via micro-expressions. The ability to recognize and interpret those micro-expressions can be learned. In fact, Ekman operates a training institute that teaches law enforcement officers to recognize them. I believe that some people recognize them intuitively, and this accounts for what is variously described as “a bad vibe,” “the creeps,” “the heebie-jeebies,” etc.

Eye Movement:
Still being studied, but a fairly well-known and accepted indicator, is eye movement under certain circumstances. Once again, all indicators have to be taken together and in context to mean anything. Here are the eye-movement indicators, based on well-established left-brain/right-brain science.

So, when telling a story, if eye movement tends to the person’s right (your left), there is a better than 50% chance they are remembering events. If eye movements tend to the person’s left (your right), there is a better than 50% chance they are creating the events. But a caution…if this is an older lie that has been told a number of times, the images will be well-established in their memory, and using this method becomes unreliable. It is also unreliable if the person is left-handed. For lefties, all indicators will be reversed, and I have discovered that left handed people are not as consistent in this indicator, rendering it much less useful.

Good luck…. and always tell the truth! It saves lots of trouble in the long-run!