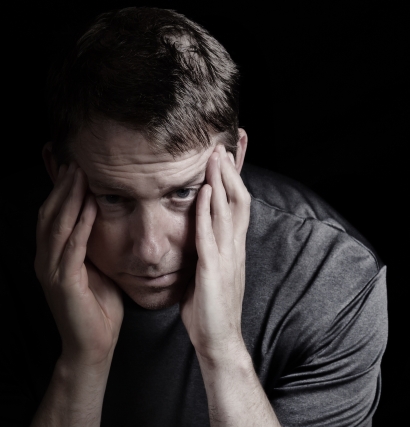 In the opening paragraph of his inaugural address, Franklin Roosevelt gave the western world one of the most familiar quotes about fear: “The only thing we have to fear is fear itself.” With the Great Depression in full swing, his words were designed to assure the American people that the power to rise above their challenges was in their hands. In the process, he made a very salient point about the psychology of fear: Fear has the tendency to self-fulfill, not just in global economics, but in our personal lives as well.

Certainly, there are some good fears…fears that keep us safe and alive. It’s what keeps us from stepping out in front of traffic. Healthy fear prevents us from swimming in raging flood waters. But most of the day-to-day fears we experience play a role only in holding us back. In fact, many of our unexamined and unchallenged day-to-day fears cause us to behave in ways that actually bring to pass the very thing we fear. This is the self-fulfilling nature of much of our fear.

While examples of this are abundant, here is a representative sampling from the experiences of some of the folks I’ve worked with…

Ohhh…Don’t Let Me Mess Up!
In addition to the obvious disadvantage created by our lack of preparation as in the previous example, the distraction created by our fear during the task itself will diminish our concentration. At the first sign of a falter during the task, our anxiety level spikes again, and the entire process becomes self-feeding. As a skydiving instructor, I know from experience that those students who need the closest supervision are those who exhibit the most anxiety during training. Fear of performing poorly at a task will create anxiety that will interfere with your performance at the task.

See…I KNEW You Wouldn’t Like Me!
For various reasons, some people just don’t like themselves very much, and ultimately project that dislike for themselves onto others. When we are afraid that another will dislike us, we tend to withdraw, treat that person formally, or guardedly, hold them at arm’s length, and…guess what! After time, since your fear has created such self-protective behaviors toward that person, they don’t like you! Fear that someone dislikes you may cause them to dislike you.

I’m Smart, so I’m Never Wrong
Some people have a deep-seated need to be regarded as intelligent and competent by their peers, co-workers or subordinates.   They fear that others will doubt their competence. Thus, when they make a mistake or a miscalculation, they always find a way to spin it as the right decision. To admit they were wrong about something would, in their mind, undermine their competence in the eyes of others. So, they never admit when they make a mistake. Sometimes this involves self-delusion on their part.
The problem is that most people can see through this charade, and they come to regard the intellectually insecure person as a fool. Fear that others will think you are stupid can make others think you are stupid!

Ground Them ’til They’re 30!
Some parents who are afraid of “losing control” of their children adopt draconian household rules. As the children reach a developmental stage in which more self-determination becomes appropriate for them, the parents become even more anxious and rigid. This sets the stage to intensify the power struggles that often accompany healthy adolescent development. The fear-inspired restrictions imposed by the parents inevitably then become the fuel for the fires of dysfunctional adolescent rebellion…a battle that parents rarely win. Fear of “losing control” of our children often guarantees that we do.

“I Can’t Stand to be Away From You”
If we have rejection issues, we feel anxiety at the prospect of being rejected by another person which we feel emotionally connected to. This predisposes us to suspicion and jealousy in those relationships, which, more often than not, we respond to by being controlling and clingy. Most healthy personalities feel smothered by these attempts to prevent rejection and respond by rejecting the fearful clinger.

Fear of rejection leads us be behave in ways that cause others to reject us!

The principle of Self-Fulfilling Fear is woven through our lives. It pays to go periodically to a quiet place to contemplate on the anxieties that drive you quietly from within. Much personal development lies in becoming aware of the internal influences that may be diminishing your life and success.

Contact me for a program about avoiding self-sabotage as leaders!