Check Your Head Before You Open Your Mouth 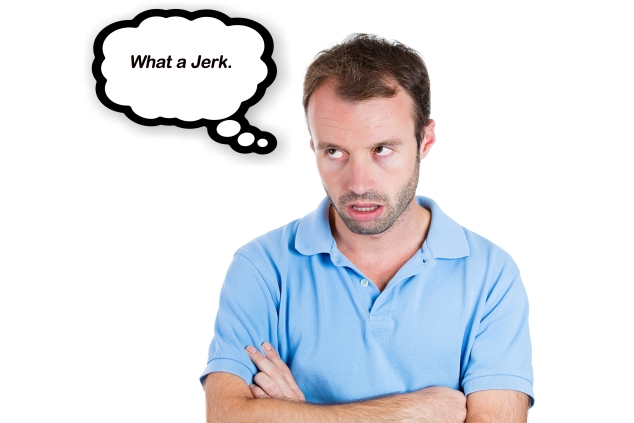 Some behaviors are undesirable and require confrontation. That’s true. But what is not necessarily true are our assumptions about WHY the person is behaving this way. And failure to check that about ourselves destroys this process before it gets started.

Here’s what happens, and it happens in less than 5 seconds. We observe an undesirable behavior by someone else. The first question that pops reflexively into our mind is, “Why are they behaving that way!?” And the vast majority of the time we unconsciously seize upon some unflattering narrative that attributes to the other person some character flaw or moral deficiency that explains their behavior, and allows us to take the high moral ground in our heads.   “They’re lazy.” “They don’t really care about what I need.” “They’re selfish.” “They’re too dumb to understand this.” “They’re trying to get by with something!” “They’re dishonest.” “They have an anger problem.” The list goes on.

Social psychologists in the 60’s and 70’s established by several experiments that human beings are very poor at explaining the behavior of others. We tend to explain the behavior of others in terms of their disposition, and less so because of the situation. We explain behavior with the assumption, “That’s just how they are.” It has a name: Fundamental Attribution Error. We attribute behavior to their disposition, and not so much the situation that may have influenced the behavior. The person who cuts in line in front of you at Wal-Mart does so because he’s a pushy jerk, and not because he’s got diminished peripheral vision in one eye and didn’t see you. If you can’t develop an awareness of your Inner Narrative you will never be a good “Tactical Confrontationalist.” This is the “Zen” of Tactical Confrontation.

FACT vs INTERPRETATION
You notice your daughter’s date to the Prom picks her up in a beat-up older car. You’re not too excited about her choice, but don’t say anything. But when he brings her back 30 minutes after the curfew you set, your narrative sounds like this. “He’s irresponsible, and his family is poor. Makes sense…irresponsibility breeds poverty.”   (Could there be any other reason that they were late?)

You and your co-worker have worked on a project together, but when you present it to your supervisor your partner takes over the presentation and hardly let’s you talk. Your inner narrative sounds like: “She thinks I’m stupid and not capable of making this presentation.” (Could there be any other explanation for your partner monopolizing the presentation?)

Many years ago, when our first child was an infant, he became very ill. Our doctor advised us to bring him right to the clinic and that she would see him immediately. During the twelve mile drive to the clinic he became worse with every mile. As we reached the small city where the clinic was, I turned onto the residential street that was the shortest route across town to the clinic. As I did, I found myself behind a driver who was driving under 10 miles an hour, gawking left and right, obviously oblivious to my presence behind him. This continued halfway through town. Finally, in the middle of a block with no oncoming cars in sight, I passed him and hastened toward the clinic. His instant rage was clearly visible in my rear-view mirror. Now he wasn’t driving slow anymore, but was tailgating me. At a stop sign he held up a card on which I assumed he had written my license plate number and shook his fist. When we arrived at the clinic and turned in to the parking lot he stayed out on the street, stopped his car, and watched. I saw him watching us as we jumped out of the car and snatched a crying infant from his car seat and raced to the front door. I turned to look at him as we entered the building. All the rage was gone from his face as he just shook his head, rolled up his window and slowly drove away.

It’s not hard to imagine his Inner Narrative about me while he was following me to the clinic, is it? Probably something like: “What a stupid kid…thinks he owns the road!”   “He’s just reckless and doesn’t care about others!” And it’s just as easy to imagine the 180 degree change in that narrative when he realized we were a young, highly stressed couple with a sick baby.

When you take a flawed Inner Narrative with you into a confrontation it will ooze out in your tone of voice, be readable in your facial expressions and show up in your body language, and you won’t even be aware of it.

Always ask yourself 2 questions when you are about to initiate a confrontation.

This simple step will help keep you from unconsciously poisoning the process when you need to confront.