Recognize and Respond to the 6 Stages of Anger 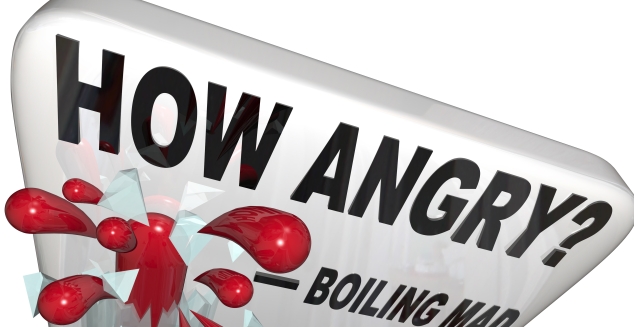 The young husband in his late 20’s stood in front of the nurse at the desk in the Emergency Room. He leaned over her desk. In a controlled but aggressive tone of voice he says through clenched teeth, “I’ve had it with you playing games with my wife. You can see how she’s in terrible pain, but you’ve put other people who aren’t nearly as sick as she is ahead of her. Now, you better see to it that she gets some attention quick, or I’m gonna walk back there and find a doctor myself…I’m serious.”

This young man was angry, clear enough, and the next words that come out of the ER nurse’s mouth will determine which direction this confrontation takes.

The healthcare industry is only one of many that call for daily dealing with people who are under high levels of stress. With stress often comes anger. But anger presents itself in 6 stages, and correctly identifying which stage the person is in can help you choose the most effective de-escalation tactic.

Here are the 6 stages, with a brief description:

Frustrated Anger
This is associated with a disappointment…circumstances they’ve been unable to change, a plan they were not able to realize, or an unforeseen roadblock to their goals. For the most part, this anger does not have a focus on another human being. This is where lots of anger begins before it escalates, and all it takes is a mistake on your part and it can escalate one or two rungs on the ladder.

Ego-Defensive Anger
In a nutshell, Ego-Defensive anger is people standing up to you. This kind of anger always begins with some kind of perceived threat to our self-view, and creates a deep anxiety that triggers the ego-defense reaction, and that’s what we see as anger.   Anytime a person is angry about being treated unfairly, or with disrespect, that’s Ego-Defensive anger. The unfair treatment or disrespect is a subtle suggestion that they are not as important as others. The anxiety flashes to anger so quickly, that we may not even be aware that anxiety was the first emotion we felt.

Rage
In the first three stages of anger, people are in control, and it is being used to achieve a goal. With Rage, the person is out of control, and the only goal they seem to have is the expression of their Rage. It can involve symbolic acts of violence, like throwing things or slamming doors, or not. It can involve screaming…or not. Lack of control is the common denominator in rage.

Threats
It’s not hard to recognize a verbal threat…I don’t really even need to give examples. But not all threats are verbal. Could be a throat-slitting gesture, pounding the fist into the palm, pulling the trigger on an imaginary gun, allowing you to see a weapon, blocking your exit from the area, etc. These are threats. (In a subsequent post I’ll provide a checklist for assessing the seriousness of a threat.)

Violence
This needs no description. You’ll recognize it.

Back to our young husband in the ER: What stage of anger is he in? It’s Hostility. His anger is directed AT a particular person, and he’s blaming her for the problem, so it’s a step above Ego-Defensive anger. But he’s in control, so it’s not rage. And his threat is not against her, personally, but only to take an action to go around her. This is Hostility.

In subsequent posts I’ll describe the most effective strategies for responding to each of these stages of anger. If you want to be notified when I post them, click “Subscribe to my Posts” at the top of the page and enter your email.