The 4 Reasons You Procrastinate! (Knowledge is Power.) 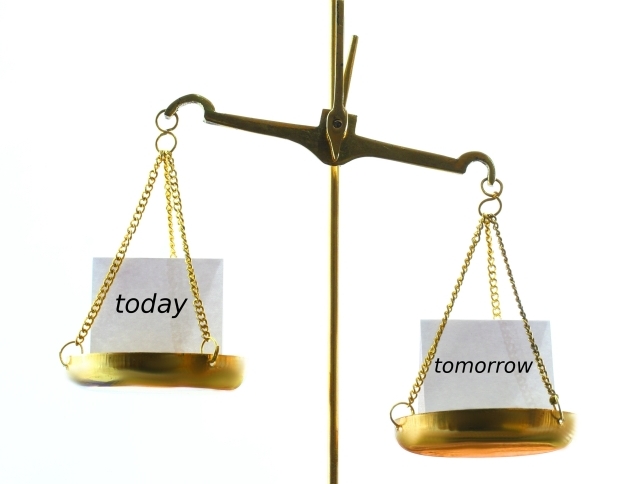 EVERYBODY procrastinates! Some people do it more than others. And most of us have just certain tasks that we put off, while efficiently completing others.

A Serious and Worsening Problem
In a 2007 interview with USA Today, Steel shared evidence that procrastination was on the rise. In 1978 one out of twenty people considered themselves persistent procrastinators. Today it is one out of four. He estimates that procrastination costs the US economy tens of billions of dollars a year in lost productivity. Add to this the fact that other studies have found that chronic procrastinators tend to be less healthy, less wealthy and less happy, and it all adds up to a serious life issue for lots of people.

Chronic procrastination can be an expression of depression, an anxiety disorder, ADD, sleep problems and stress…all things that you might want to get a professional opinion in order to eliminate before you launch into a personal growth program to conquer it.

The most disturbing sort of procrastination is not the occasional lapse at some random task. When I present my procrastination workshop I always ask the attendees, “How many of you have ever procrastinated at some task?” Everyone raises their hands. Then I ask, “OK…How many of you put off the same task, and feel bad about it afterwards every time and vow to start earlier next time, but you still continue to do it every time?”   Over half of them tentatively raise their hands again.

Knowing why you fail at something is the first step in overcoming the problem. Multiple studies of procrastination have yielded these 4 “predisposers” to persistent procrastination. You might see yourself in some of the situations below.

1. Low Confidence of Success
When I taught college I could easily identify final research papers that had been hastily thrown together the night before the assignment was due. The most common explanation students gave for their procrastination was that they had not written one before, didn’t know how to start and thus did not expect to get a good grade.

2. Impulsive Distractibility
ADD medications are stimulants and are associated with increased levels of the neurotransmitter dopamine in the brain. It’s been suggested that procrastination for adults with ADD may be a form of self-medication in which the frenzy of last-minute action creates adrenalin, a natural stimulant, which also increases dopamine, which increases the ability to focus on tasks.

3. Task Aversion
And here are 4 types of tasks we may find aversive: Difficult tasks, Boring tasks, Frustrating tasks, and Tasks we resent. I had a friend who, upon his graduation from high school, told his parents that he did not want a traditional graduation party at their home. His mother instead insisted on having a party for him and that he attend. He smiled and complied. A week later she asked him to write the “thank-you” notes for the gifts he received. He cheerfully agreed to do so, but put it off. A week went by, and she asked him again. He feigned forgetfulness and promised to do it again. Another week went by and his mother became more agitated and demanding. My friend promised to do it when he returned from a weekend trip, but still didn’t write them. When the summer was half over and the “thank-you” notes had still not been written, his mother finally sat down and wrote them and signed her son’s name to them.

As in my friend’s case, procrastination can be, whether we are aware of it or not, a form of passive aggression, an unconscious weapon in a struggle for power or autonomy. It’s our way of demonstrating that we are a powerful person and control our own lives.

4. Too much delay between the task and the reward
We procrastinate at tasks for which the payoff, whatever it might be, will be delayed. The longer the delay between the task and the reward, the more likely we are to put off the task. This is especially true in the presence of distractions or other activities for which there is a more immediate payoff. This effect is even more powerful when the payoff for the delayed task is simply the prevention of something unpleasant, such as in filling out tax returns. Every April fifteenth the evening news shows images of long lines of cars filing through makeshift post office drive-throughs created for tax-filing procrastinators. The human tendency is to choose smaller payoffs now over larger payoffs later. We gravitate to decisions that yield short-term pleasure, even when it may result in long-term failure. Numerous experiments in human behavior have demonstrated that when given the choice between being given ten dollars today and one hundred dollars a year from now, the greatest majority of people will choose the ten dollars today. Therefore we tend to choose to do tasks for which there are small, but immediate payoffs or enjoyment over tasks that have a bigger payoff, but it is delayed.   (This is called “Hyperbolic Discounting.”  For more on this Cognitive Bias, go here.)

Procrastination can be overcome! But it won’t be “once and for all.” There will always be those skirmishes to fight, and re-commitments to make. The only way to fail…is to give up.