The Elephant in the Room: Denial Diminishes Your Life 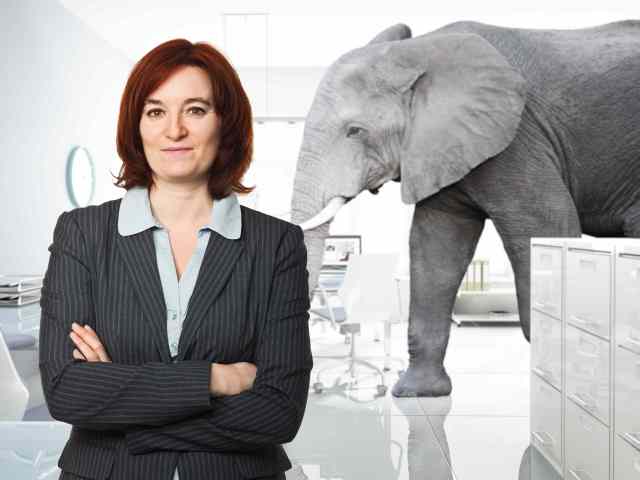 Ivan spent his life hiding. He hid from life behind alcohol. He hid from death behind his denial. Life never found him, but Death did.

When I was twenty four years old, Ivan’s nephew called and asked me to help him with his uncle. In fact, Ivan had severe advanced pneumonia, and just breathing was a challenge. He had struggled with it for a week. Since he hated doctors, he had been treating himself with over-the-counter bronchial mist inhalers — a medication for bronchial asthma, not pneumonia.

Ivan had convinced himself that he just had a bad cold, allergies or asthma and that he did not need a doctor or any medical help. He had completely denied the fact that he was not getting better and that the inhalers were becoming ineffective and the pain was getting worse.

When I got there, Ivan could barely breathe. There were two or three empty mist inhalers in the trash can in the corner. Panic was beginning to show in his eyes. He agreed to go to the hospital, but refused any suggestion of an ambulance. The only way he would go was if I took him. I could have him there quickly.

He took my hand so I could help him to his feet. Just as he stood up, he collapsed. I caught him in my arms and felt him go limp. I shouted his name, “IVAN!” I heard the air wheeze from his lungs and stop. His head fell back with his mouth open. His body convulsed and then was still. His face faded quickly to gray.

Ivan died in my arms.

I lowered him to the floor and sent his nephew running next door to call the ambulance, but I knew nothing could be done for Ivan. He had just waited too long.

Denial is one of the most significant factors in our resistance to act when we should. Denial allows us to evade the discomfort of certain realities about our family, our relationships, our health, and our behavior.

We minimize: “My job isn’t that bad. And there have been some good times, too.” “I don’t think my friends really meant to put me down. They would want the best for me. They would not try to keep me down so they don’t look bad.” Another term for this sort of thinking is rationalization.

We blame: “My attitude is pessimistic because of the jerks I have to deal with all the time.”

We divert: “Yes, I know my family has abused me my whole life, but I have a friend whose family is even worse.”

We become passive: “I know, I know, but there’s nothing I can do about my situation. I’m just stuck here.”

We bargain: “I know my boyfriend is rude, controlling, and a little scary. I’ll dump him as soon as I find someone better.”

We evade: “You don’t know what you are talking about. I’m not unhappy with my life. I like the way my life is.”

It requires a lot of psychological energy to maintain our denial. Some of the symptoms of serious denial conditions are fatigue, irritability, and diminished intimacy in relationships.

Why denial?  Simple. Facing facts and admitting the raw truth about ourselves or the people close to us requires us to act, move, change, leave, or confront. Therefore, on an unconscious level, we decide that it is less painful to maintain the denial than to grapple with reality and with the changes in attitude, behavior, or self-concept that it would logically demand.

How do you escape the denial trap? One part of your life at a time. When you are ready for some (painful) progress, find a wise and trusted friend and give them permission to be brutally honest about what they see. Listen to what they say. Ponder their observations. Do it often. You will never be the same, and you won’t look back.