The Most Important Kind of Courage 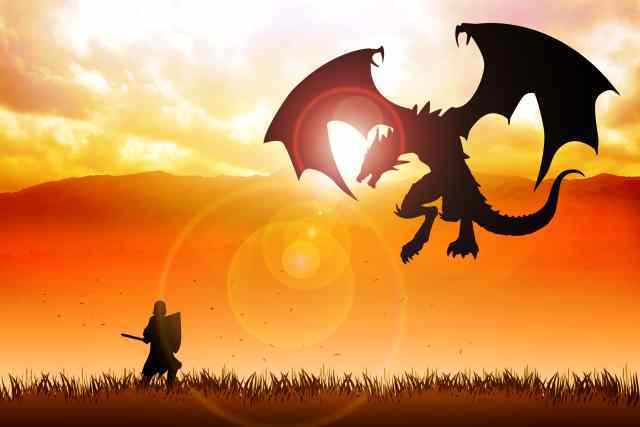 Stories of courage fill popular literature. Definitions of courage abound, but seem to change with time. The basic nature of courage still seems to be something of a mystery. Some difficulty in understanding courage may be due in part to our attempts to paint all acts of courage with a single brush.

Writers from antiquity have identified at least two different kinds of courage: physical courage and moral courage. But there is a third kind of courage which has the most everyday significance for everyone. It is psychological courage. It may be the most important type of courage in terms of impact on the day-to-day quality of our lives.

By dividing courage into three specific types, I don’t mean to imply that different situations require particular, exclusive types of courage — as if choosing the correct tool for a particular household repair. Most life challenges require a combination of these types of courage with an emphasis on one or two.

What they share in common is the necessity to engage in an inner conflict with resistance and fear associated with a threat to ourselves or another. Courage is not the absence of fear, but the facing of it. If there is no fear, it is not courage that is being displayed. It is something else. Aristotle recognized this 2,300 years ago when he carefully distinguished acts of courage from intemperance and ignorance.

The 3 kinds of courage are:

Physical Courage
Images of physical courage are what spring to most people’s minds when the word is used. This courage is in play when someone pulls an accident victim from a burning car, or swims out to save a drowning person, or intervenes in violence against someone else. This sort of courage risks injury or death for the principle of the value of another’s life. A soldier may risk his life or bodily integrity for the principle of justice or the freedom of his country.

Moral Courage
Moral courage is the kind of courage you display when confronting such things as racist or offensive humor at work or school, unethical practices by your company, or malicious gossip in your social circle. The principle in focus here is our own moral integrity or perhaps another person’s human dignity. This type of courage puts our social standing or group membership at risk. In some situations, moral courage can lead to the necessity of physical courage. This is especially true when defending a moral or ethical standard incites physical retaliation from those whose behavior is being challenged.

Psychological Courage
With physical and moral courage, the threat to our physical being or social standing originates outside of us. Psychological courage involves facing internal denials, compulsions, fears, and irrational thought systems that keep us trapped in unhealthy situations.

Facing our denials, fears, and irrational thoughts threatens our self-concept, our identity, and our very psychological stability. Admitting to ourselves that we have been in denial, used rationalizations to avoid action, allowed creeping thresholds of discomfort to drain us of self-awareness, closed our eyes, and learned to be helpless all require great courage. They require courage because facing these things in ourselves threatens to diminish our self-concept — especially if we view ourselves as rational and self-aware.

Every experience, interaction, and thought that we have is shaped and processed through the lens of our self-concept. Change to our self-concept — even when change will improve it — changes the entire world around us. That is why we protect our self-concept — often without conscious awareness of what we are doing.

We often prefer to endure the consequences of a negative self-concept because it is less threatening than to watch the entire world morph around us into a disorienting flood of shifted perceptions. We will never change without the courage to see ourselves differently.

Psychological courage is the common denominator in all personal growth. No meaningful change or growth can take place without facing whatever anxiety we feel when we dare to think of ourselves as more capable, more intelligent, more skilled, more committed, or more deserving of good things than we already do!