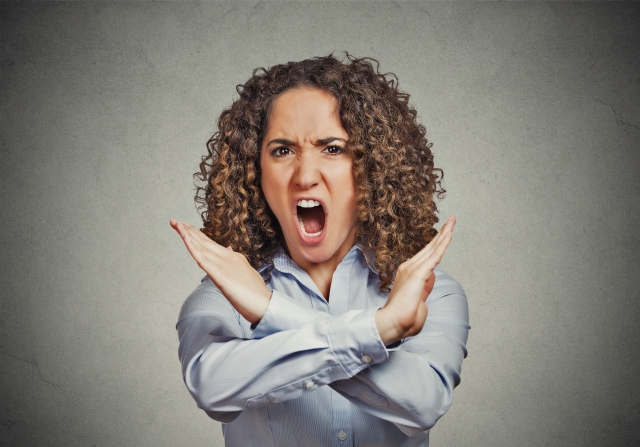 In July I posted “Recognize and Respond to the 6 Stages of Anger,” and identified the stages as:

But Frustrated Anger can escalate into Ego-defensive anger very quickly.

The Root of Ego-defensive Anger
Everybody has a “Self-View,” which is a comprehensive collection of beliefs we have about ourselves. It includes implicitly held beliefs about our own strengths, weaknesses, intelligence, personality type, how others see us, our value as a person, etc. That’s easy to understand. But what we are often not aware of is that we interpret and understand the world as we filter our experiences through our Self-View. So when we perceive other peoples’ behaviors as challenging the accuracy of our Self-View, it challenges the basis of our ability to understand the world. And that creates a special kind of deeply-occurring anxiety. We respond to that anxiety by jumping to the defense of our Self-View. We raise our voice. We become defensive. We might attack the motives of the other person.

Inappropriate intensity for the event
A husband comes home late from work on the evening that he and his wife had special plans. It’s not too late to go; it will just be a little later than the plan. Some frustration is expected. But his wife flies into a tirade that does not abate when the husband apologizes. Why? Because the inconsiderate tardiness made her feel unimportant and not special.

Expressions in the 2nd person
Instead of “I hate being late,” it becomes “You could have called and told me!”

Listening and Empathy seem to make it worse.
Anger is the wall that they are using to keep you away. It helps them feel in control, and behind the wall they can be shielded against the feelings of vulnerability that they feel you have caused them. You are not welcome behind that wall, at least not yet.

Second, and this is what makes this response different than for Frustrated Anger, validate their anger. “I’m sorry, I should not be late. And when I’m going to be I should call. It’s not fair to you.” Anger begins to dissipate when it is no longer needed to defend against being undervalued. The goal is always to pave the way for dialogue about the event.

The next rung on the anger ladder is Hostility. I’ll be addressing that in the next post.