The Best Crystal Ball…is a Marshmallow. 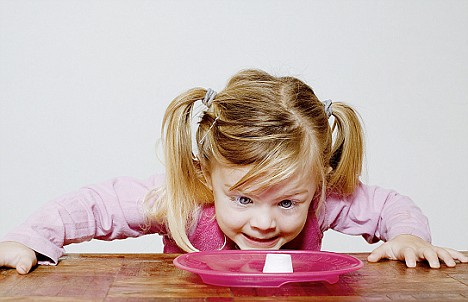 In the late 1960’s and early 1970’s Walter Mischel, then at Stanford University, conducted a behavioral experiment which has come to be known as the “Marshmallow Experiment.”

Around one third (35 percent) were not successful in waiting for the researcher to return. Some grabbed the marshmallow and ate it without even ringing the bell. Other’s squirmed and kicked and hid their eyes, but then broke down and rang the bell as quickly as within a minute or so. About 65 percent of the children were successful in waiting until the experimenter returned and got two marshmallows.

The “Success Trait”
These results were fairly entertaining to watch, but the follow-up studies provide some profound insight into human success and failure. The children in the experiment were followed and tested fourteen years later at 18 years of age. The researchers found that those who, at age 4, had been able to delay gratification and wait for the researcher to return scored an average 210 points higher on the SAT. Those who waited were also described as more socially competent, performed better under stress, more persistent in the face of difficulty, and more skillful at planning and following through. By contrast, the children who rang the bell the quickest were more likely to become bullies, more prone to jealousy, sharp temper, had a lower frustration tolerance and were much more likely to be immobilized by stress. Even further beyond these findings, those who were not able to wait were also much more likely to have addiction problems at age thirty-two.

Better Than a Crystal Ball
In short, a single observation of behavior at age 4 was a better predictor of SAT scores and delinquency than socioeconomic status, IQ or parental education level combined. The ability to tolerate deferred gratification; the ability to discipline ourselves to a course of action that pays off later rather than instantly, may well be the single most important ability associated with success and happiness in every area of our life. If that doesn’t startle you, you’re not paying attention!

What We Can Learn
It actually makes perfect sense. People who can defer gratification can save money instead of spend it. They can work toward goals first, then have fun. They can participate in collaborative conflict resolution processes rather than seek the instant gratification of winner/loser, or even violent approaches. They can follow through with college coursework to earn a degree. They can persist in a career in which a higher income means several years of “paying your dues.” They can endure rough patches in relationships long enough to work them out, rather than repeatedly seeking new relationships.

Who would have thought that something so basic in human behavior could be the foundation that all success and happiness is built upon?! Successful people choose the “Best Things” every day. You can be among them…use this principle to help yourself have the best life ever.