The High Price of Always Getting Your Way 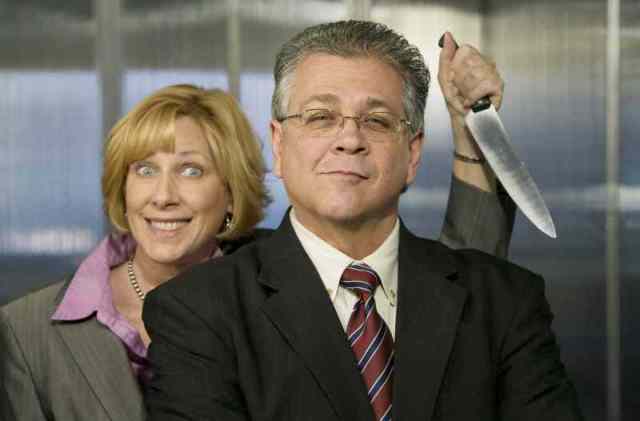 You probably have some “nice” people in your life. You know them: They smile a lot, but not a big smile. Just a small smile. Nice kids are quiet and no trouble. Nice adults go along with the wishes of others just to avoid any conflict. It’s important to them that other people like them. They are almost always very polite and patient. In fact, you might be nice, yourself!

Likewise, everyone knows some real jerks. They are unmistakable and reveal themselves fairly quickly. They talk loud. They seem to have a chip on their shoulder. They can’t stand to lose arguments, and are not above being rude and sarcastic. They force their opinions, methods and desires on everyone around them.

Aggressive VS Submissive
In fact, I have just described two of the three basic ways to approach all relationships. The “nice” person is Submissive. The “jerk” is Aggressive. The only approach I haven’t mentioned is the relationship style in the middle: Assertive.

If you are reading this, you could be thinking, “Of the two, I’d rather be aggressive…Aggressive people don’t get taken advantage of. Aggressive people get what they want.” In other words, bullying people seems to work.

True. But at a price.

The Illusion Of Control

People deal with aggressive behavior in a variety of ways, but none of them are conducive to the formation of close and trusting relationships. While you are busy getting what you want by demanding, belittling, and throwing your weight around, they people you dominate are settling silently into their coping modes: sabotage, lying, passive payback, hiding things from you, and forming pacts with others against you. In a moment of your vulnerability, at the first opportunity, they will throw you under the bus.

The “Back-End Costs”
Control freaks are inherently insecure. It is this insecurity that creates the need to control others. From the outside looking in, it looks like control of others means greater autonomy for the controller. In fact, the opposite is true. If, through my aggressiveness I create an environment where I call the shots, then I will always have to call the shots to stay in control. It takes my time and effort to oversee you, which develops into a sort of self-imposed servitude. It’s a paradox. Francis Bacon wrote, “It is a strange desire to seek power and lose liberty.”

Fear VS Respect
There is a big difference between fear and respect. Aggression can give the illusion of control of others through fear. As soon as the threat is gone, so is your control of others. Respect inspires others to meet your needs of their own volition.

Balance In The Middle
Aggressive people violate the rights of others, and while getting what they want, they aren’t respected

Submissive people violate their own rights, and while they may avoid conflict, neither are they respected.

Assertive people find solutions that preserve everyone’s rights while earning the respect of all.