Hostility: You in the Cross-hairs 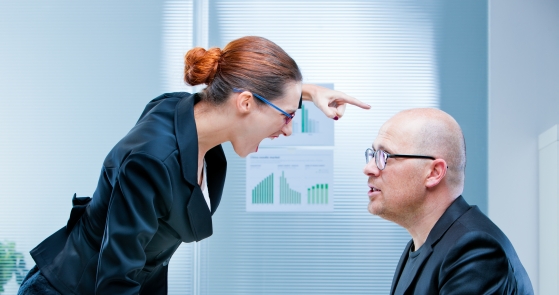 In recent posts I have mentioned the 6 stages of anger. 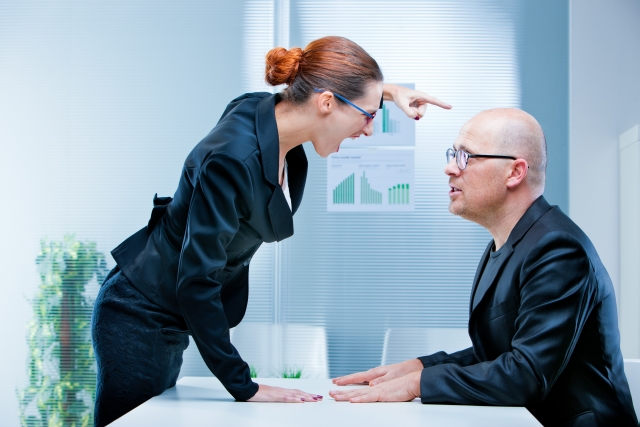 With Hostility there is a fundamental shift in the focus of the angry person, and the behaviors become more complex and varied.  Here’s how to understand the progression up the “escalation ladder.”

With Frustrated Anger, there is often no particular focus on a person…only a situation or some failure on their part.

With Ego-Defensive Anger, there is a focus on a person, but the anger is defensive in nature.

With Hostility, not only is the focus on a person, but the anger has become offensive in nature. The angry person blames the other for their anger and holds them responsible.  The intent is not defensive, but to punish the other.  With Ego-Defensive Anger people are standing up TO another person.  With Hostility they are standing up AGAINST the other person.  Ego-Defensive people might curse you for what you did, but Hostile people curse you for who you are.  Hostility is the type of anger most associated with the phrase “in your face,” and can often be literally true.

Another distinguishing feature of Hostility is that it does not just occur in short outbursts; it is consistent and unrelenting.  In addition, there is often a depersonalizing element to it’s expression.  “You people are always doing this to me.”

Hostility has a goal, and it’s control.  Coercion.  Intimidation.  It is to force you to do what they want you to do.

Stay calm.
This is especially challenging with this stage of anger, but also especially important.  Over-reacting at this point can instantly escalate hostility into violence.  Make no demands, like “Calm down,” or “Get out of my face.”

Acknowledge the Anger.
Defusing Hostility tends to be a careful balancing act.  You must balance the Hostile person’s need to control you with your own need to stay in control.  “I can see how angry you are,” helps to relieve the other person of the need to continue escalating their hostile behaviors to feel in control of you.  Do not, however, validate their anger or the reason for it.

Maintain proper physical distance.
Physically “standing your ground” can be escalating, and backing off too far encourages the Hostile person by suggesting weakness or fear on your part.  DO NOT touch them, even if you intend it to be calming or reassuring.  It will not be received that way by the Hostile person.

Careful, controlled assertiveness
Here’s the balance you need to achieve to defuse Hostility:  Allow the Hostile person to retain their sense of control without allowing their behaviors to continue unchecked.  To do so you need to let them know that you understand that they are “serious,” while at the same time communicating your need for them to be less aggressive.  “I can see how angry you are, and you may have a good reason, but getting in my face will not work on me.”  “I want to solve this problem as much as you, but in order to do that I need you to speak with a calmer tone.”

Avoid threatening with consequences
At least, not yet.  If you say, “I’m going to call security/police/my supervisor, (etc),” the response may well be “Go ahead.  Do it.”  Then you will have to back down, which will embolden the Hostile person, or follow through with your threat.  Instead, allow the Hostile person to “save face” by deflecting instead of attacking.  Help them see the consequences of their behavior:  “I can see there is a lot of hostility here, which is an obstacle to solving this problem.  I’d like to try to get past it.”

The next post will be about Rage.  What makes it different, how to recognize it, and what to do when you’re in the room with it.

Want to read more about these things?
Click here for a complete catalog of my blog posts with a brief description of their content.